Suns out, Beers out

Brace yourself everyone — we are smack-dab in the middle of summer. Which according to our sources, is prime beer drinking season and perfect for some Craft Club beer. Although, if we’re being totally honest, every season is beer drinking season around here. We just like to highlight the fact that sitting out in the sunshine with a sweating pint glass in hand is peak enjoyment. This July we sent out another stacked lineup of craft beer from as far as Belgium and as close as Invermere BC. We hope you enjoyed the brews you were sent this month and if you’re not yet a member — look at the great beer you’re missing out on! 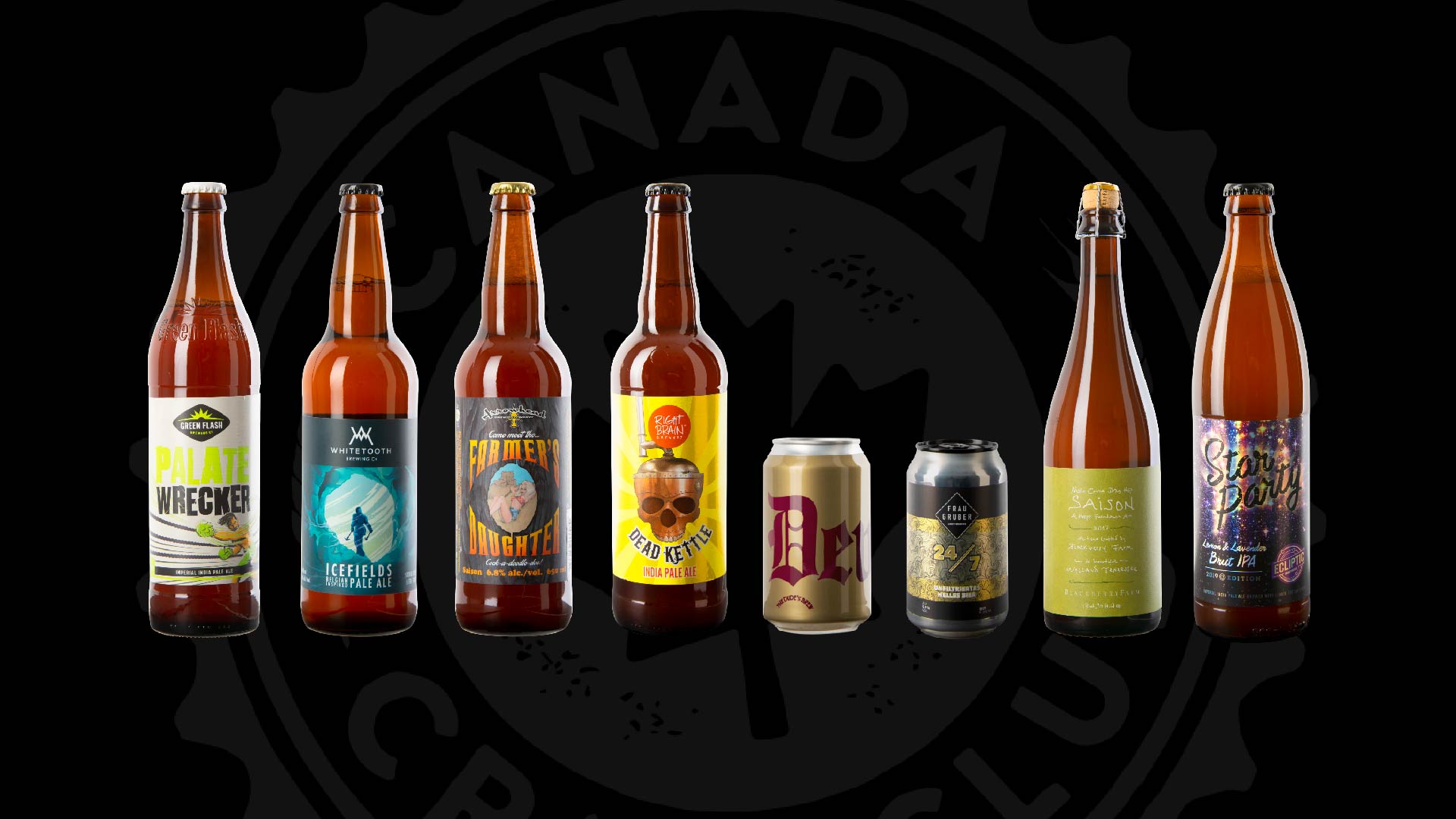 In our humble opinion, another stellar lineup! We love seeing you enjoying the Canada Craft Club beer you get, so don’t forget to tag us in your posts @CanadaCraftClub. Catch you next month when we do it all again!

What are you waiting for? Join today!

How it works, what you can expect & why we're awesome

Find a subscription that works best for you

"The Canada Craft Club has sent me craft beers that I otherwise wouldn't have been able to try right to my door every month. The team is also highly interactive and super responsive, which really lends itself to being part of the craft beer community."

"I really appreciate getting brews that I don’t have a lot of access to. I love what you guys are doing! Keep up the great work!"

"We made the rule that when we drink our Craft Club beers we have to sit down and discuss and enjoy the beer... no tv, no kids awake etc. It has been fabulous! Thank you very much. My only complaint is the beer is so good and so unique we are often disappointed we don’t have more ;)"

"The subscription was a birthday gift for my beer-loving son who moved to another province for work. He very much liked the variety and quality of the beer that was delivered to him and I think I scored some Good Mom points with this gift. Cheers!"